Into every season there is a public and private discussion of what is an acceptable of presentation Blackness. A Black actress and comedian takes to the internet to decry Black women in hair bonnets in public and pleads with them to have more respect for themselves. Academics have conducted many studies that show that candidates with “Black-sounding names” are less likely to be interviewed for jobs with all other factors being equal. White social media influencers participate in “blackfishing” by assuming the features of Black women through filters or surgery to get the look with none of the burden of Blackness. The debate on sagging pants is still alive and well after decades of debate. Now that Hip-Hop culture is pervasive, the arguments over Black images has new language. Whatever leans a little too far over the sign of what is coded respectable is often deemed ratchet. Like the ratchet wrench that loosens and tightens, what is considered ratchet morphs and changes1.

The pieces in “A Little Ratchet” by Vitus Shell are larger than life representations of Black Southern culture. These grand portraits demand the viewer’s attention—is it surveillance or salutation? As always, it depends on who is doing the looking and when and where. Symbols from different eras clash and confront each other in the background. Images of ironwork fences in some of the figures. Chains, fleur-de-lis (with its own contested history of being a symbol used to brand runaway enslaved people) share space with images from the Black Power era. Generations of a people collapse and exist at once in these works. We carry our histories-public and private-with us, and those histories inform our different ways of looking, seeing, and being seen. Who gets to judge this humanity? Whoever has the power or proximity to power. The real-life presentation of anything a little ratchet is read as a threat and subject to punishment. Can a Black American be a little ratchet? Appearing even a little ratchet in the wrong place can be a death sentence. In the right place, a little (or a lot) of ratchet can bring joy, healing, and delight. “A Little Ratchet” implores the viewer to interrogate their gaze and reconsider the many forms that freedom can take.

1 Writer and researcher I’Nasah Crockett coined the phrase Ratchetness as Praxis. Via their definitions: RATCHET, adj.: 1. A word originating in Black Southern expressive culture, used to describe a Black woman that 1a. Expresses her existence with joyful abandon 1b. Realizes the world marks free Black womanhood as “excessive” and “problematic” 1c. Lives as a free Black woman anyway.

Vitus Shell is a mixed-media collage painter born in Monroe, LA, where he lives and works.

His work is geared toward the black experience, giving agency to people from this community through powerful images deconstructing, sampling, and remixing identity, civil rights, and contemporary black culture. He received a BFA from Memphis College of Art in Tennessee, 2000 and an MFA from University of Mississippi, 2008. 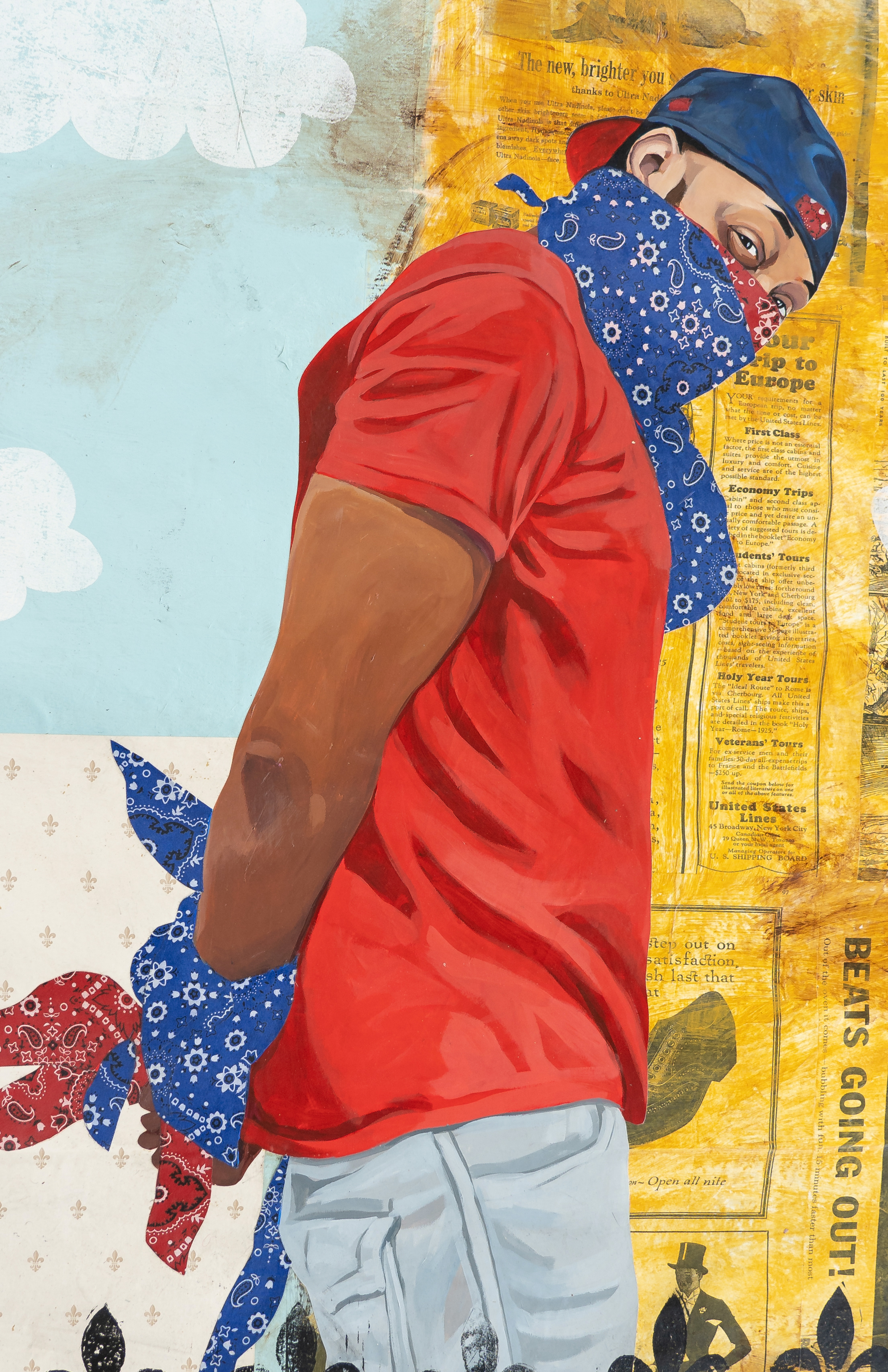